A climate of populism? 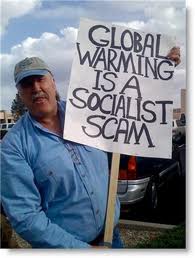 A little while back Andrew picked up on an FT piece warning that technocratic elites should take notice of the possibility of  a populist backlash. The current issue of Foreign Affairs (behind paywall) contains a couple of excellent analyses that drill further down into this theme, and carry some important implications for climate policy.

Walter Russell Mead places the American Tea Party  movement in historical context, and explores the challenges it poses to US policy makers trying to follow a liberal internationalist agenda. He identifies the Tea Partyers as latter-day “Jacksonian” populists, named after the original 19th C populist President Andrew Jackson (no, not that Jackson!). As Mead explains:

“Intellectually, Jacksonian ideas are rooted in the commonsense tradition of the Scottish Enlightenment. This philosophy – that moral, scientific, political and religious truths can be ascertained by the average person – is more than an intellectual conviction in the United States; it is a cultural force. Jacksonians regard supposed experts with suspicion, believing that the credentialed and the connected are trying to advance their own class agenda. these political, economic, scientific or cultural elites often want to assert truths that run counter to the commonsense reasoning of Jacksonian America.”

Such truths include Keynesian economics, and in the past, civil rights. But as Mead goes on to point out, “The rejection of the scientific consensus on climate change is one of the many examples of populist revolt against expert consensus in the United States today”. Moreover, they are not going away: “Foreign policy mandarins often wish the public would leave them alone so they can get on with the serious business of statecraft. That is not going to happen in the United States”.

Mead makes two points about Jacksonian populism that are crucial for the current politics of climate policy in the US today. One is that Jacksonians “combine a firm belief in American exceptionalism…wth deep skepticism about the United States ability to construct a liberal world order”. Historically, US policymakers have only been able to sustain engagement with the international community for any length of time on the back of essentially defensive nationalist projects that Jacksonian populists can buy into – anti-Communism from 1945-1990 and the “war on terror” from 2001 to the present.

In this sense, the strategy employed by actors from The Breakthrough Institute to Energy Secretary Stephen Chu, emphasising the threat of China in a low carbon innovation race, is far more likely to succeed than an appeal to the need to provide a global public good. But of course, riding the Jacksonian tiger has its risks, and the danger is that encouraging competition over technology spills over into open hostilities (as have now appeared in the WTO).

Mead’s second point makes slightly easier reading for liberal foreign policy elites. Things could be worse, in the sense that the content of “commonsense” Jacksonian homespun wisdom is not ahistorical, and has been changed by events. In Mead’s words:

“Compared to the Jacksonians during the Truman administration, today’s are less racist, less antifeminist, less homophobic, and more open to  an appreciation of other cultures and worldviews. Their starting point, that national security requires international engagement, is considerably more auspicious than the knee-jerk isolationism that Truman and Acheson faced.”

A lot therefore depends on the dynamic of interaction between the US and the country emerging as a major competitor in the low carbon technology field. On China, we can turn to the contribution of Wang Jisi of Beijing University. Wang gives a fascinating account of the debates within the Chinese political and military elite, and between the elite and some elements of Chinese society, as the country undergoes the transformation to becoming a superpower.

The key issue is what the organising focus should be for China’s foreign policy and economic strategy should be. A peaceful international environment is crucial for the economic growth that the government’s legitimacy rests on. At the same time, many members of the elite want to maintain Deng’s maxim of tao guang yang hui, or keeping a low profile in international affairs, while simultaneously building economic power. Indeed, this is one potential reading of China’s cautious approach to the UNFCCC negotiations, while at the same time building up major industries in renewable energy, electric vehicles and energy efficient products in an extraordinarily short period.

But just as US elite policymakers struggle with the Jacksonians, their Chinese counterparts also face problems with nationalists at home, not only amongst parts of the elite, but also more widely. This growing nationalist element in Chinese society, evident, according to Wang, in many newspapers and on the Web, is a far harder force to control than pro-democracy dissidents. Again, developing world-conquering low carbon industries as an export strategy appeals far more to such constituencies than signing climate deals, and state support for such industries is a greater preoccupation than concern for how such support is viewed abroad.

Given that the route to a global climate deal that many elites thought would be the shortest and easiest has now turned out to be an illusion, a clearer-eyed assessment of the forces of populism in the major actors is not only useful but essential. Populists may well buy into national competition for global leadership in emerging low carbon industries in way that they will never do for an elite concern about climate. The trick then is to avoid that competition fuelling tensions already inflamed by issues ranging from currency undervaluation to Iran to the build-up of military force.

3 responses to “A climate of populism?”