The limits to environmentalism 4 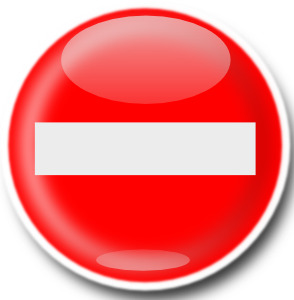 Welcome to the second of two posts discussing Tim Jackson’s Prosperity without Growth (PWG), which has become a Bible of the environmentalist movement in the UK over the last year. In the previous post, I questioned the way Jackson focused on an end to growth in the rich world, which would not provide anything like a solution to the problems of breaching ecological limits and, on Jackson’s own numbers, is less important than questions about exactly how much growth the poor world will be possible and how we can accelerate the decoupling of growth from carbon emissions.

For me, this is probably the major problem with the no-growth argument. But I think there are also two others.

The first of these is exactly how a steady state economy might work. The best way into this issue is to consider how our current economy works. Most of us (I’m including the Chinese here) live in capitalist economies. What is capitalism about? Jackson (following the economist William Baumol) chooses to define capitalism as being about private ownership or control of the means of production. Defined in this sense, a steady state economy could be capitalist or it might not, it doesn’t seem to matter much.

But this is surely an inadequate definition of capitalism. The keenest observers of capitalism, from Marx to Schumpeter to Solow, say that what matters is not ownership but accumulation. Capitalism is about investing capital to increase productivity, earn profits and then re-invest those profits in turn. Crucially, it is this process that underlies economic growth. Growth is inherent in capitalism, which means you can’t have capitalism without growth, and you can’t have a capitalist steady state economy.

For the Austrian economist Joseph Schumpeter, the key driver of this process was innovation, both in technology and in business organisation. As he put it, ‘Innovation is the outstanding fact in the economic history of capitalist society’

Technical change produces a trend of increasing productivity (for the US, for example, of an average of about 2% per year since the Second World War), and increases in labour productivity mean shedding labour (a very visible current example is the way that checkout workers in supermarkets and other shops are being replaced by self-service machines). In economies like the UK and US, this general trend means that unemployment increases when economic growth falls below around 2-2.5% a year.

Jackson does recognise this trend (although he underplays the role of innovation in increasing labour productivity). But it poses a dilemma for the no-growth argument, and especially for an explanation of how a “steady state” economy is supposed to work.

The argument seems to fluctuate between two possibilities. One is that a steady state economy is one in which there would be no innovation and increases in labour productivity, except for exports, in order to maintain competitiveness, and areas like renewable energy and ecological services, where major effort is needed to reduce emissions and counter the loss of biodiversity. In this case you could have, in theory, steady income and full employment. This would be a “Cuban cars” economy, in which all technology and labour processes were frozen at the point in time that it stopped growing.

The exceptions mentioned above do raise some tricky questions. You need innovation and investment in low and zero carbon energy, to make radical decoupling cheaper, quicker and easier, but this would include the supply chain for technologies too (e.g. steel for wind turbines, silicon for solar PV etc). It is not clear how far into the wider economy such productivity increases would go, and so how big the labour displacing impacts would be. It is not clear if you can have rising productivity in just a few parts of the economy in the absence of technical change elsewhere, and if you can in theory, how you might organise it institutionally.

These issues are not really broached in the book. The reason why they matter is that such an economy, as argued above, would not be a capitalist economy as we know it. This might not matter in theory, but it raises the huge question (on which more below) of how the transition to such an economy might be organised politically.

The other possibility for a steady state economy seems to be allowing innovation and increasing labour productivity in the economy, but resolving the tension with economic growth not through rising unemployment, but by sharing the work around through labour sharing or a shorter working week. Presumably to avoid a collapse in demand (this is a steady state economy remember) total pay would remain the same even though hours of work would reduce.

The issue with this version of the steady state economy is that innovation and increasing labour productivity are long-term trends, which implies that over time, the working week would have to get shorter and shorter if economic growth is to be avoided. At a 2% increase in labour productivity a year, the working week would become the working day after 40 years, and the “working hour” after 180 years! This seems a little unrealistic, and it’s not clear that an economy organised like this would actually maintain increasing labour productivity. In any case, there is again no discussion of a political route to such a world (companies are liable to object as the fixed costs of employing people would go up and up as a proportion of their total labour costs, for example).

This brings us neatly finally to the third problem with PWG: politics. Jackson does have some discussion of the need for our old favourite “political will” towards the end of the book, and there are some examples of concrete ideas (e.g. shorter working week, ban advertising aimed at children), but there is basically no political strategy. Indeed, the argument is framed in terms of the need for “social and economic change” and “governance”, but not politics at all.

The key question is how we are supposed to get from where we are to where he wants us to be. Jackson acknowledges that at the moment, many people want growth (or more precisely, economic stability) and so demand it of politicians, who then have a political incentive to deliver it. The quandary (not really acknowledged) is which strategy to adopt in this situation.

Do you first reshape the economy to deliver economic stability without growth (e.g. by a shorter working week), which then demonstrates to people socially and politically that growth isn’t necessary for a good life, or do you first have to bring about major social change, moving people away from consumerism, as a precondition for transforming the economy and making the end of growth politically feasible?

The discussion in chapter 11 of the book sort of implies that Jackson is thinking in terms of the latter route, but it actually has no strategy. He lays out (some quite conventional, even dare I say it, already proposed by economists) policies like carbon taxation and the aforementioned shorter working week but there is nothing on political narrative. The closest we get to a strategy for social transformation is banning advertising aimed at children (also a theme of Tom Crompton’s) and policies to drive greater durability of products.

A counterview might be that all these changes are needed, and it doesn’t matter so much what happens first, that they all reinforce each other etc etc. But I don’t think that’s enough. The political party in the UK that comes closest to offering the Jackson vision is the Green Party. They got 1% of the popular vote in the 2010 general election, and one MP. What stronger evidence can there be that the vision on its own is not enough?

A final point takes us back to equity (see previous post), but this time within rich countries. Certainly within the US and the UK, a large group of people in the low-to-middle part of the income distribution have seen their real incomes stagnate or fall over the last decade, as the rich have got richer. Telling this “squeezed middle” that economic growth is to end is not going to go down well unless there is a credible strategy for redistribution. That’s why a good initial step for a more sustainable economy might be a set of good old-fashioned social democratic policies on tax and spend.

Prosperity without Growth raises some very important questions, and Tim Jackson shows how tight a squeeze we are in. But the book leaves some even more crucial questions hanging. Of course ending economic growth in rich countries would make a solution to ecological limits a bit easier, but this would play only a small role. In the absence of radical technological change, only serious “de-growth”, what Kevin Anderson and Alice Bows call “planned economic recession” would be sufficient to bring about the cut in emissions needed. With rapid growth in poor countries this conclusion is even stronger.

So what we should be focusing on is achieving that technological change. Yes, it hasn’t materialised so far, but nor have the policies for low carbon innovation we need to produce it – like Gandhi’s Western civilisation, the low carbon revolution would be a good idea. And yes, getting those policies in place will require political effort. But that effort will be as nothing compared with the political challenge of replacing capitalism with a new steady state system either lacking innovation or with a disappearing working week.

Perhaps the most fundamental, indeed philosophical issue here is that, despite the fact that Jackson has made a good effort to make an argument about limits into an argument about quality of life, his underlying message is (pace Obama): “No, we can’t”. But beyond the environmentalist camp, this message will not work. In the face of the biggest collective challenge that humanity has faced, we need a narrative that has the human potential to solve problems, and overcome apparently unbeatable odds, at its heart.

20 responses to “The limits to environmentalism 4”