US and Australian shelves are suddenly straining under the weight of planned climate change policies. In the space of a few days, American Democrats appear to have put climate and energy legislation on hold in favour of a Senate bill on immigration and Rudd’s government down under has unequivocally placed its proposed cap and trade scheme in political storage.

Behind both of these decisions is a complex set of national, political circumstances. In the case of the US it’s clear that Democrats have spotted electoral gain in forcing the Republicans’ hand on immigration and also significant risk in not doing so. As a result, climate and energy may have to wait; the political cost being the probable loss of the support of Republican Senator Lindsey Graham.

The case of Australia is perhaps more complex still but also all about the politics. END_OF_DOCUMENT_TOKEN_TO_BE_REPLACED

Beck to the future 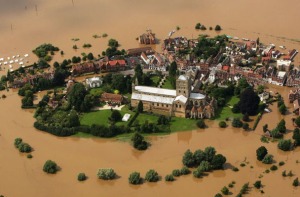 A few days ago Duncan Green from Oxfam posted a thoughtful review of a thoughtful book – Why We Disagree About Climate Change published last year by Mike Hulme, a climate modeller from the University of East Anglia. At the core of the book is the idea that climate change will bring about a transformation in human life that is far more profound than most people realise, certainly those with their eyes down on the immediacy of policy. Duncan’s review picks up on a quote from the book and goes to on interpret that quote: END_OF_DOCUMENT_TOKEN_TO_BE_REPLACED

We’ve mentioned before the polling the Institute for Public Policy Research did last year with Brand Democracy, testing out different ways of framing climate policies in 157 marginal constituencies across Britain. Over 3,000 people on YouGov’s panel were surveyed on-line, and the data then weighted by social, demographic and voting patterns. The fieldwork was carried out in September ahead of the party conference season. 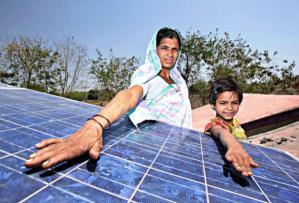 India has often been seen as an awkward customer in international processes. While this is indubitably true in the climate negotiations, it is not merely because of negotiating style. Rather, it is down to India’s complex national interests, which are no less pressing and from a political perspective arguably more knife-edge critical than those faced by the US.

There is no other country quite like India. As the World Bank’s country overview shows, while poverty rates have been reduced in the past two decades, more than one quarter of the rural and urban population remain poor in absolute terms. END_OF_DOCUMENT_TOKEN_TO_BE_REPLACED

India and China are so often mentioned in the same breath, especially in climate change negotiations. Prior to Copenhagen, they joined up with Brazil and South Africa to form the BASIC grouping. But many in Delhi are asking a two-pronged question about BASIC; ‘does it serve India’s interests’ and ‘for how long’?

In some respects BASIC is an evolutionary beast whose ancestors were the G90 and G20 that mated during the Doha round of World Trade Organisation talks and ultimately brought them to a grinding hault. Like the ‘G110’, as it became known during the WTO’s 2005 ministerial meeting in Hong Kong, BASIC is also a blocking constituency. However, it differs from the G110 in the rather obvious respect of being a much smaller group of large, developing world economies and is also Sino-centric; the G110 was not. END_OF_DOCUMENT_TOKEN_TO_BE_REPLACED

Political Climate is off to India for a few days to participate in an event looking at linkages between technology, economic opportunities and finance. It’s being organised by TERI which partners with ippr in the Global Climate Network of think tanks.

Our crude understanding of Indian climate politics is that its government, elected last year in a surprise landslide, must deliver on its mandate from poor, rural communities first and foremost. While India has in place a climate change plan of action, it is rural poverty that hampers its development; climate policy must serve India’s social and economic goals.

We’ll be blogging from Delhi in the next few days to try and illuminate the politics of climate change in India.