In early 2008, I interviewed the generation portfolio manager (the guy who decided whether to invest in new power stations, and what kind) for one of the Big 6 UK energy companies. In the course of the interview he said something that really struck me – namely that the dilemma the company faced was that they simply didn’t know whether, and how much, the UK public would be willing to pay, 5 to 10 years hence, for renewable energy. It wasn’t necessarily that he thought that they wouldn’t be willing to pay, simply that the company just didn’t know, and that this fundamental uncertainty was a factor weakening the policy arrangements in place to support investment in renewable energy. A company will be highly reluctant to spend hundreds of millions of pounds on investments that could end up stranded and worthless because a support policy collapses in the face of public hostility. For me it was the moment I really understood the meaning of policy credibility. I have since told that story countless times, often to those in the environmental movement, many of whom who believed that the mere existence of a policy is a guarantee of its effectiveness (and its future), but often felt they didn’t get the point, or ignored it.

But the underlying politics is now coming back to bite them in the bum. END_OF_DOCUMENT_TOKEN_TO_BE_REPLACED

David Wheeler at the Washington DC based thinktank Center for Global Development says that the number of Americans affected by extreme weather events has skyrocketed from fewer than 10,000 a year in 1980 to over 2 million a year by 2008. The graph compares the rate (per 100,000 Americans) of being affected by violent weather events (the orange line) and the trend for violent crime (the dotted black line).

Some people think that it’s trends like this that will drive climate change up to the top of the political agenda. What does Gallup say?

As they say Stateside, go figure….

Why Is A US Climate Bill So Elusive? 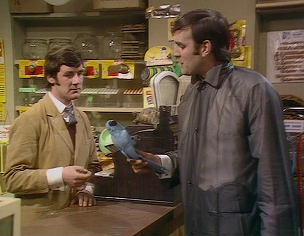 According to at least one US commentator, Senate climate and energy legislation is now as dead as the parrot in Monty Python’s famous sketch. Without rehearsing the possible scenarios for introducing the bill at a later stage or the ins-and-outs of ‘lame duck sessions‘ and their possible voting scenarios, why is even such an apparently lame climate change bill so difficult to pass in the US?

Some of course blame it’s very lameness and the Democrat leadership’s unwillingness to push hard on the issue of climate itself. Others are dancing on the bill’s grave, arguing that putting cap and trade at its heart was a fatal flaw. And a further phalanx of pro-climate action views direct their anger at the ‘moral cowards‘ defending ‘narrow electoral interests’ in the Senate. END_OF_DOCUMENT_TOKEN_TO_BE_REPLACED

Filed under Cap and trade

Tagged as Cap and trade, Public opinion, US