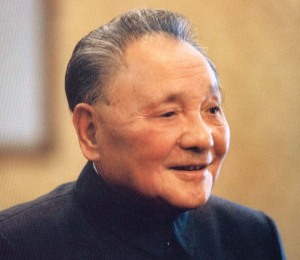 Deng Xiaoping (pictured) famously advocated a pragmatic approach to progress. ‘Cross the river by feeling the stones‘ he said. Is this cautious view of change in any way compatible with the measures needed to decarbonise economies?

We ask this because there is quite clearly a significant gap between the positions of the US and China in relation to the Copenhagen Accord. There’s a fair amount of debate concerning the semantics of the language of association or support.

Su Wei, China’s chief climate negotiator, wrote to the UNFCCC secretariat recently agreeing that China could be listed in the chapeau of the Accord. In his letter, he doggedly avoids using the word associate. One senior Chinese friend of ours recently confirmed to us that China has no problem with the content of the Accord, but wants this folded into the UN negotiating process.

The US has been taking quite the opposite view, hoping that the Accord can supplant the UNFCCC’s two ad-hoc working groups (on the Kyoto Protocol and on ‘Long-term Cooperative Action). The two positions appear irreconcilable.

However, in Deng-style pragmatism there lies some significant hope. Through its pursuit of legislation and with the failsafe endangerment ruling and possible use of the Clean Air Act, the US is already feeling the stones. China too has already begun to cross the river in pursuit of greater energy security and the lowering of energy costs through higher efficiency.

In spite of their considerable differences at the UN negotiations level, there are remarkable similarities in the approach of the US and China. China doesn’t trust long-term scenarios and, in any case, makes its policy in five year plans. The US can only move as fast as its political system will allow but, as one US commentator recently observed, has always started modestly and ended up moving much more quickly in environmental legislation.

The challenge for those of us who think decarbonisation has already been left too late – without wishing to over-extend Deng’s analogy – is to work out how to bring each stone closer and make it more obvious and acceptable to policy makers.

Tagged as Accord, China, Copenhagen, decarbonisation, Deng, Mexico, UNFCCC, US

One response to “Feeling the Stones”