Is the UK decoupling? 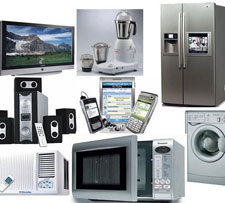 Interesting new report from Chris Goodall out recently (hat tip to Reg Platt) suggesting that the UK may have reached “peak stuff” – i.e. consumption of  physcial resources, including energy – in the early/mid 2000s. Goodall’s paper is a bit of a mix – some measures are per head, others total, some flows are final consumption, others are intermediary inputs, but the patterns are nevertheless quite striking. The paper is also quite good at picking up on the obvious counterarguments (e.g. we may be eating less food but are we simply buying and wasting more? Seems the answer is no) and dispensing with them. George Monbiot is a convert to the argument, although he wonders why UK carbon emissions have risen if primary energy demand has gone down (it’s because coal use in power stations has gone up, replacing gas as prices rose from 2003, George). Tim Jackson remains sceptical, not surprisingly. However, he does raise a good point. Some of the data are available only since 2001, so it’s hard to know whether this is peak stuff, a pause in our rising consumption of stuff before a rise reasserts itself, or indeed just plateau stuff. Certainly, real decoupling will take further big falls in resource use, rather than just a levelling out at high levels. And the recession really complicates things, since we don’t know what will happen when (if?) it ends.

2 responses to “Is the UK decoupling?”