Mixed Message from the US 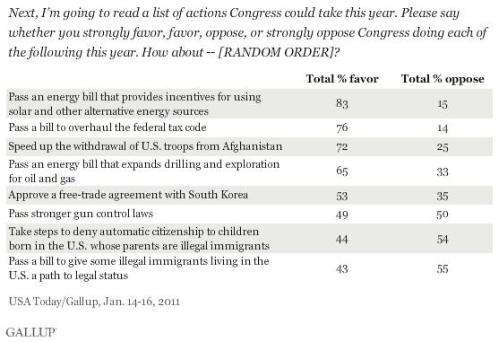 Grist posted the results of a US poll earlier this week showing the popularity of alternative forms of energy. Remarkably, its article is without substance or much commentary, which is why I’m merely pasting in the poll results here.

It would be easy to over-extrapolate from this data, but it would seem that all of the perils of the climate debate in the US are contained herein. Leading with an argument for clean energy is a winner, especially as the Arab world’s current upheaval suggests neither a better nor worse relationship with major oil-producing nations and hence great uncertainty (although note the poll took place before the unrest became regional).  But opposing the development of further fossil fuel reserves is more difficult without climate argumentation. Thus building other arguments against deep sea and fragile environment drilling, but also for abatement technologies such as CCS, is important.