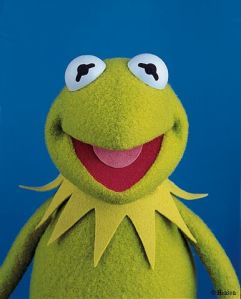 We’re pretty skeptical about the political reach of the 10:10 campaign. But, thinking back to our recent post comparing Make Poverty History to climate campaigning, 10:10 is more akin to the wide and shallow nature of the former than the narrow and often unpalatably deep characteristics of the latter.

No surprise, then, that this morning, 10:10 unveiled a video that came right out of the MPH stables – made by Richard Curtis, no less. Right now, the 10:10 campaign is frantically trying to back pedal from its association with this video (so note that our link above may not work by the time you click on it).

‘No Pressure’, the title of the film, seems to have won few friends on either side of the climate debate and also to have attracted enemies. It has been derided by 350.org’s Bill McKibben, writing on the almost never funny and frequently maniacal Climate Progress. It has been branded eco-fascism by James Delingpole in the UK’s Telegraph, but then one should never take Delingpole’s pronouncements at face value. He’s what’s know as a humourist in polite circles and a piss-taker elsewhere.

Why the fuss? The ‘No Pressure’ video features four scenarios in which people who fail to make emissions-reducing pledges are blown up, scattering their entrails across the faces and clothing of classmates, colleagues and teammates. It’s tasteless and gory, for sure. And frankly, after the first scenario, it becomes a little tedious.

If you can track it down, you can make up your own mind. It’s possible that the humour in the film – and it’s not that funny – doesn’t translate well in the US. Taken at face value, it certainly does appear to say ‘if you don’t back 10:10 then you don’t deserve to live’, but it’s safe to assume that Curtis’s intention was to poke fun at green self righteousness and make climate campaigning amusing for once while delivering the 10:10 message.

The trouble with environmentalism, rather exposed by this episode, is that it really does take itself terribly seriously and yet as research suggests, preaching won’t win mainstream audiences; Age of Stupid is stupid because its point of departure is to brand its audience stupid. ‘No Pressure’ isn’t funny enough to defend. But it is at least an attempt to bring levity instead of jute into the environmental debate.

Perhaps Delingpole’s second hypothesis in this list is the correct analysis, although he doesn’t seem to think so. Also, several years ago, the creators of Modern Toss produced a couple of moderately funny video virals on climate change for the development charity Christian Aid. Here’s one of them. The Guardian has also in the past tried to assemble a roll call of climate change humour, without much success.