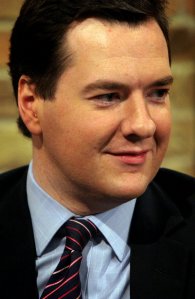 In the UK the new coalition Government is beginning to swing the spending axe, and despite that fact that this will apparently be the “greenest government ever”, low carbon innovation is not spared. A number of technology support programmes have been axed, including £12.6 million from the Carbon Trust and £2.9 million from the Low Carbon Technology Programme. This comes on top of the culling of the Regional Development Agencies, which have been champions of low carbon innovations from electric vehicles to carbon capture and storage. It also follows the freezing (and possible axeing) of big capital projects, like rebuilding secondary schools, which could have served a low carbon procurement role.

Support to low carbon innovation is pretty small beer compared with the size of the deficit, but crucial not only to a deep cut in emissions, but also to the sustainable recovery we will need to deal with that deficit (the idea of cutting our way through it is not only bad economics but also a political fantasy). By comparison with potential competitors like South Korea, it looks as if we are sawing off the branch we are sitting on.

2 responses to “Cutting innovation, not emissions?”