The Politics of Climate Change 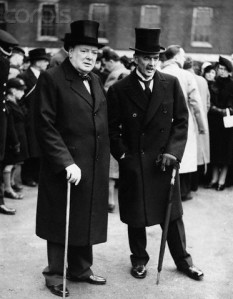 In partnership with Christian Aid and WWF-UK and with technical assistance from Cisco Systems, ippr – Political Climate’s parent organisation – has been grappling with the politics of climate change (rather than climate change policy). The final event in a series of five focuses on creating political space for more ambitious action on climate change. We hope this post – which is our interpretation of what we’ve heard so far – is interesting in its own right, but we also hope it will help get the debate going for those attending.

What have we learnt from the series, which has looked so far at the UNFCCC process and the politics in China, the US and the EU? There are perhaps four important lessons…

Lesson One: The UN negotiations cannot be the only game in town.

The process of treaty negotiation is still seemingly in the grip of post-Copenhagen paralysis. But there is much talk of how global climate strategy has to be built from the bottom up. In our first debate, Professor Steve Rayner of Oxford University’s Institute for Science, Innovation and Society argued elloquently that without robust national action focussed on investment in technology, it would be impossible to move forward internationally.

The bottom-up approach need not be pursued to the exclusion of the UNFCCC process. But it would seem that pressing for an international agreement before the political conditions in key countries have improved is no more likely to be successful now than it was at Copenhagen.

Decision making in China is a lengthy process and so conventional summit diplomacy, in which leader peer pressure is presumed to raise the stakes, does not work. Also – unsurprisingly – growth and not environmental protection is the number one priority and so China is only likely to consider the latter where it either impedes or assists the former. So more ambitious action on climate change is likely to come from attempts to deal with other forms of more visceral environmental pollution or because climate-friendly technologies spur growth.

Lesson Three: The US needs a ‘plan b’ in case the Senate bill fails.

While it’s too early to give up on a Senate bill on energy (with perhaps some climate elements), the chances of failure are still high. Michael Schellenberger of The Breakthrough Institute argued that in order to stave off competition from China, the US needs to invest in technological innovation and that an investment-led approach funded using a modest carbon tax would be a good ‘plan b’.

Lesson Four: The EU needs to get its act together.

Economic crisis in Europe and its perceived loss of leadership during the Copenhagen meeting has forced the EU onto the back foot on climate change. But even prior to Copenhagen, the issue was not resolved inside Europe. We heard from Kzrysztof Bobinski how Poland’s leaders are largely uninterested in climate change as an issue in itself and how climate may only resonate in Warsaw if it becomes synonymous with energy independence from Russia. An EU-wide political strategy on climate change to galvanise the union into more effective leadership needs to have such thinking at its heart.

Those of us who work on climate change have been guilty of focussing too much on inter-governmental politics rather than understanding the politics of climate change at the national level. While most people in most countries are far from being deniers, they are equally unready to suffer (any more) economic pain for the climate’s sake. And so governments in key countries lack a mandate for the kinds of swingeing policies necessary.

How can that be changed?

Keep calm and carry on: Alex Evans argued in our US debate that the impacts of climate change would ultimately be the driver of more ambitious action and that, like Churchill in the wilderness, we should ensure we’re politically prepared and in the meantime resist appeasement in the form of political realists.

Don’t mention the climate: Research conducted last year by ippr points to a reframing of the climate issue. The evidence from this and other polls suggests that people are strongly in favour of renewable energy, but less willing to bear the costs of a shift in energy technology, especially if the reason for doing so is to stop climate change.

Fight a different set of battles: Steve Rayner and Michael Schellenberger are both authors of the Hartwell Paper and both support the prioritisation of a different set of policies in order to address the politics. For instance, they argue that a focus on investment in clean technology rather than on taxing emissions will stimulate more support for policy.

Swords into shares of the atmosphere: Rather than reframing the debate or changing the focus of climate policy to fit where people are now, some, such as Tom Crompton, argue that we need to engage with people’s (consumerist) values and shape them for better environmental and social outcomes.

We mention these approaches not because they are an exhaustive list but because they epitomise where the debate on climate politics currently rests. They are clearly not mutually exclusive; in an ideal world we would pursue all of the above and more concurrently. But with limited time and resources, what should be our focus? Let the discussion commence!

2 responses to “The Politics of Climate Change”