Borrowing from the future 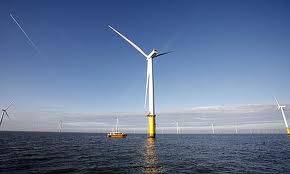 Like a lot of other European governments, Britain’s still relatively new coalition leaders are keen on fiscal austerity, and this week will see a spending review that is expected to lay out cuts of over £65 billion over the next 6 years. The ostensible reason for all this slashing is the UK’s national debt, which has reached £1,000 billion (over 70% of GDP). Against this background, it may sound mad to argue for more public borrowing in order to pay for investments in low carbon technologies and infrastructure, but that is what I am going to do in this post.

Let’s start with the rationale. The argument is most fully developed by US economist Duncan Foley, but is also made by Nick Stern of the LSE. The starting point is that in advanced economies successive generations tend to get better off over time. For example, at the depths of the 1930s depression Keynes observed that despite the general gloom, he was confident that 100 years in the future, people might be eight times better off in real terms. And indeed average GDP per capita in the UK is now already about 5 times what it was in the 1930s. By extension, we would normally expect future generations to be better off than us in GDP terms.

However, the sting is in the tail, i.e. the “GDP  terms”. GDP takes no account of the running down of ecological systems on which the economy depends, sometimes referred to by economists as “natural capital”. By pumping CO2 and other GHGs into the atmosphere, we are running down the natural capital of a stable climate and sea levels, at a rate we do not fully understand. Thus once we take climate change into account, we can expect future generations to be a lot less well off than we thought.

The converse of this point is that, if we in this generation mitigate climate change, we will allow future generations to have a higher standard of living than they would have if we did nothing. We are very slowly beginning to do this, with policies being introduced to encourage us to invest less in conventional capital (e.g. fossil fuel power stations) and more in investments that effectively maintain natural capital (like renewable energy).

At the moment we are paying for these more expensive investments through reduced consumption, in the form of higher energy bills. If instead we were to borrow a certain amount of money from future generations (who will have to repay through their taxes) and use this money to pay the extra cost of renewables, carbon capture and storage and so on, then the theory says  it should be possible to make both our generation and future generations better off. Politicans often focus on the fact that incurring public debt burdens future generations. But destroying the natural capital of a stable climate will burden them even more.

Note that only long-term public borrowing can do this, being the Heineken of climate finance. If a bank finances, say, a large renewable energy project, it will want all its money back, with interest, within 10-15 years. By contrast, long term government debt will pay interest but the principal may not be paid back for periods of over 50 years.

Fine in principle, you may say, but arguing for more debt in current circumstances is surely pointless. Not quite, for two main reasons.

The first is that we have a heavy debt burden and a large deficit now, but this will not always be the case, and climate change is a long term problem. At the same time, the additional borrowing required will not be very large, especially in the next few years. The average cost per year to 2020 is equivalent to less than 3% of the current deficit, and it will be much smaller than that before 2015.

The second is that reducing the deficit quickly risks recession, and a key way to avoid this risk is to offset the contraction in consumption with an increase in investment (as Martin Wolf at the Financial Times has been arguing) – especially since the UK, like many countries, has under-invested in infrastructure for many years. Borrowing to invest in assets is very different from borrowing to cover a structural deficit, and should be part of the growth strategy that will be needed as part of the strategy for dealing with the deficit problem.

Two final points. Beyond the economic logic, borrowing from the future would help with the politics. Paying for everything through energy bills is not only politically risky, but also highly regressive and unfair to poorer people in richer countries.

The second point is about time. A while back we argued that finance for adaptation should come from a tax on wealth accumulated from previous generations who had (albeit unknowingly) over-invested in carbon-heavy assets. This idea of borrowing from the future to help pay for mitigation is the other side of the same coin. Both are about recognising that solving the climate change problem has a deep time structure.

3 responses to “Borrowing from the future”