The limits to environmentalism – Part 1 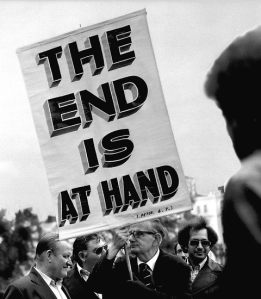 Environmentalists have always had a problem with economic growth. In the crisis ridden 1970s, the narrative was about the Limits to Growth set by natural resources. In 1980, ecologist Paul Ehrlich made (and lost) a bet with economist Julian Simon that supplies of a number of different metals used in industry would run out and their prices would skyrocket.

There are now similar strands of thought in the peak oil movement. However, this time round the green critique of growth looks a bit more compelling, partly because of the step change in pressure on biodiversity, but of course most of all because of climate change. We all know that carbon emissions are at one level driven by economic growth. Human development is currently abutting a range of biological limits not least the atmosphere’s carbon carrying capacity, which is seriously overstretched. So maybe this time the environmentalists really are right.

Certainly the New Economics Foundation thinks so. A few weeks ago it published a report not so subtly titled Growth isn’t Possible: Why we need a new economic direction. One of its authors, Andrew Simms, who is head of policy at NEF, has also been speaking at the LSE recently.

Growth isn’t Possible (henceforth GiP) sets out to demonstrate that “indefinite global economic growth is unsustainable”; that “economic growth is constrained by the finite nature of our planet’s natural resources (biocapacity)”. The underlying problem it raises is a serious one – economic growth, energy use and carbon emissions are currently pretty closely linked, and unmitigated climate change is likely to make life very difficult for humanity sooner or later, to the point where there may not be much economy left.

But GiP is a good example of how the prejudices of and limits to environmentalist thinking can stand in the way of the search for genuine solutions to this problem. Sadly, it opts for easy, self-indulgent posturing over rigorous reflection.

There are a whole bunch of minor irritations in the report – it’s supposed to be about the ecological limits to growth, but soon veers off into points about growth being undesirable because it doesn’t increase happiness, and dysfunctional because it doesn’t eradicate poverty; it’s economically illiterate (for example, reproducing the lump of labour fallacy); and it’s tone is pretty smug.

But its real weakness is that at several points, it fails to engage with the nature of the problem we face.

The first failure is a lack of clarity about the distinction between energy consumption and carbon emissions as drivers of ecological limits. The argument jumps back and forth between the two, and sometimes conflates them (“can effectively be viewed as roughly analogous”). This matters a great deal, since in terms of what we can do about climate change, energy and carbon are actually very different. Although containing energy consumption through increased energy efficiency may help contain carbon emissions, there are limits to this process (that’s one of the points of the paper, one would have thought). But energy is not in itself a big ecological constraint on economic growth. The amount of direct solar energy reaching the surface of the planet (leaving aside wind and other renewables) is so vast that in one year it is about twice as much as will ever be obtained from all of the Earth’s non-renewable resources of coal, oil, natural gas, and mined uranium combined. The key problem is decarbonising energy.

A second failure is that this report, which is purportedly all about economic growth, seems to have a very thin understanding of why economies grow. For NEF, economic growth is somehow caused by the planning of government expenditure, “legal obligations on public listed companies to grow” (must have been a lot of companies breaking the law recently!), and the existence of interest-bearing credit. This rather bizarre list includes none of the factors that are more usually seen in analyses of growth, such as investment, education, the quality of institutions, and above all, innovation and increases in productivity.

GiP’s neglect of innovation probably also explains NEF’s choice of analogy for the global economy – a hamster that grows to an impossible size and destroys the world it was born into. Mildly amusing, but not enough to distract one from the fact that analogies are supposed to lead to new insights, and that this one is hopelessly meaningless.

The most powerful analogy for the modern economy is the process of evolution – an algorithm for experimentation, selection and replication that has produced vast diversity. Thus while capitalism is destructive, and certainly does threaten to destroy the habitability of the planet for us, it is also extremely creative. That creativity, that inventiveness, offers pretty much the only prospect for decarbonising energy that we have, in the form of innovative low carbon technologies. However, economies evolve in a fitness landscape that is ultimately set by human societies, and at the moment, the global economy is evolving for a high carbon landscape. We need to change the terms on which the economy evolves, not destroy the algorthim.

GiP is dismissive of low carbon technologies. Some of this is incredibly flimsy. Nuclear power gets a single page and a passing reference to a book by David Fleming. You may or may not be a fan of nuclear, but surely it deserves better than this. The material on carbon capture is considerably out of date. Renewable energy is seen as too little, too late.

In all of this, paradoxically for a supposedly radical organisation like NEF, the thinking is surprisingly conservative. Energy efficiency has historically improved only at a certain rate per year, so it will continue to do so in future. Energy infrastructure conventionally has a really long life, and replacement can’t be speeded up because it hasn’t been in the past. Existing technologies are the only ones we’ll ever have, new technology will never work.

The idea that we are only just beginning to transform our energy technologies, and that we already have some movement in costs and some interesting new technological options, seems to be completely alien to GiP. This dismissal of innovation, and an assumption that energy systems simply cannot be decarbonised speedily, is central to GiP, and leads to the tautological conclusion that only an end to economic growth can provide an ecologically sustainable future.

Except that it can’t. Because even if economic growth were to stop, you would still need to deploy low- and zero-carbon technologies, rapidly and at large scale if you want to get on a sustainable emissions trajectory.

This can be seen in GiP’s own rather obscure modelling (based on some re-hashing of World Energy Outlook scenarios) of carbon emissions out to 2050. Figure 14 on page 67 of the report shows that to achieve a target peak CO2 concentration of less than 400 ppm on a no-growth scenario will require significant decarbonisation. More intuitively, since global energy systems are already highly carbon intensive (think of all that coal-fired power generation in the US, China and Europe), even if growth stopped tomorrow, we’d still have to undertake a massive transformation to get emissions on a sustainable trajectory.

To repeat, the real, and serious problem facing us is how to decarbonise energy, which will only come from an unprecedented application of innovation and an equally unprecedented, rapid and undoubtedly costly speeding up of the replacement of capital in the energy sector. The only other possibility is not “no growth” but a serious shrinking in the global economy.

In Part 2, coming soon, we argue that GiP hasn’t moved on from the familiar but self-defeating attitudes to economics and politics that plagued much of the environmentalist movement in the past.

16 responses to “The limits to environmentalism – Part 1”